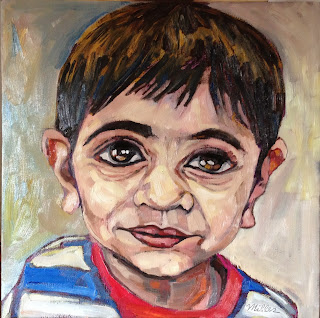 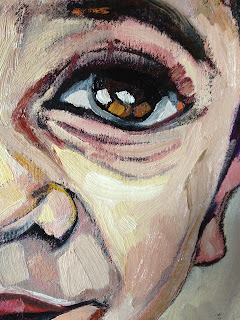 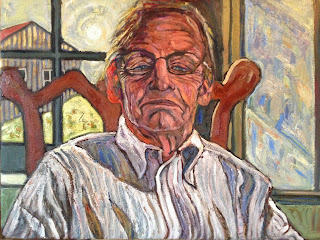 These are two commissioned portraits recently done. Antietam Man was begun in an early 19th century farmhouse outside Sharpsburg, located right on the Antietam field of battle. The painting went through a few incarnations once it arrived back at the studio. The sitter is a seasoned DC lawyer from Mississippi who is fascinated by all that went down at Antietam. Manor Boy was painted entirely in the studio and basically from one photo (of about fifty) that I took at the boy's manor in Potomac one afternoon. His big sister is in process and I'm not sure if he is actually finished. Both kids are angelic but would be really hard to paint from life. I want their faces to be fleshy, sweet, and smart. Gotta say I think the Manor Boy portrait is gorgeous, inquisitive, hip, and full of heart. He doesn't look as well rested as he might, but that adds something to his hipness.
Posted by Edward Bear Miller at 7:54 AM No comments: