The Artist's Father in India 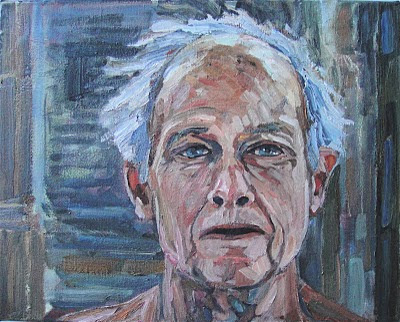 A year ago, my father, Maribel, and I went to India. It was Maribel's and my second time in India, but our first time in the north: Varanasi, Bodhgaya, Rajasthan, and Agra. My father is an avid adventurer, hiker, tennis player, liberal, lover of paintings and music... interests we have shared and developed together over my lifetime. It was an honor and joy when he chose to come with us to India, because Maribel and I generally travel in dirtbag style and Dad said he trusted our judgement on how to move and where to stay. Pretty cool coming from a federal judge. Dad and I made a side venture to Ranakpur (near Udaipur) to see an ancient Jain temple, and I snapped a photo of him at a moment when he was immersed in his thoughts and impressions and not conscious of being photographed. Here he is in the midst of communicating something to me, his son. It's worth mentioning that we look a lot alike.

This painting is about mortal recognition of the larger and alternative circumstances of existence. My father serves as the subject, but it is in many regards a self-portrait. India is such an eye-opening place on so many levels. One's consciousness of self, destitution, quiet bliss, religious pandemonium, the diversity of humanity, and our connection to the natural world is heightened and tested. I have practiced yoga since high school, but it was in Kerala five years ago, during my second week of a month-long yoga teacher training course at the Sivananda Ashram, that I experienced the opening of my third eye for the first time. Although I am an atheist, Hindu cosmology is the most compelling notion and breakdown of the universe and its forces that I have found, and I never tire of admiring its gods in temples, museums, and on kitschy posters and t-shirts. My father still waxes poetic about his three weeks in India, and this painting attempts to capture the catharsis and blossoming that we experienced there.
Posted by Edward Bear Miller at 7:25 AM 2 comments:

Deciding on a new series... 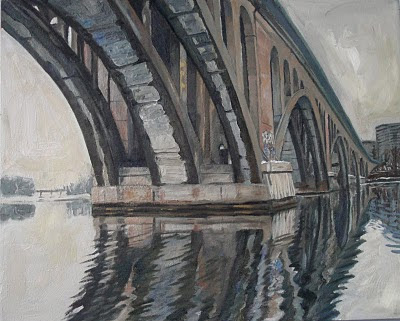 Key Bridge is an attractive subject for many reasons. It has rhythm and grit and organic shapes and earthy colors: a geometric, industrial structure that is steadily melding into the landscape. It's a beautiful and relatively benign monument of the modern condition. I cross it several times a week and look out over the Potomac as it changes so much day to day, season to season.

I'm eager to paint Key Bridge from the Virginia side now, as it wraps into M Street suspended over the Whitehurst Freeway. I want to capture Key Bridge standing solidly in the flow of modern life, immersed up its thighs, miraculously spanning the river's two shores, shouldering the traffic of thousands of disparate lives every day.

I'm taking a course with Judy Southerland at the Corcoran called "Painting in a Series" and trying to decide what subject to explore for my first series. Key Bridge is a strong contender. Another option is a series of portraits (father? wife? self?... my mother won't sit for me... someone else? any volunteers out there?). Maybe West Virginia coal country in winter, painting from photos and memory. Must decide soon!
Posted by Edward Bear Miller at 9:19 AM No comments:

On Friday I'm hanging a show of Adirondack landscapes at the Great Range Restaurant/Wine Bar in Keene Valley, NY. My favorite restaurant in my favorite town on earth! Thank you, Elly and Jay! The show will be a mix of pieces from different years, including these four new pieces. 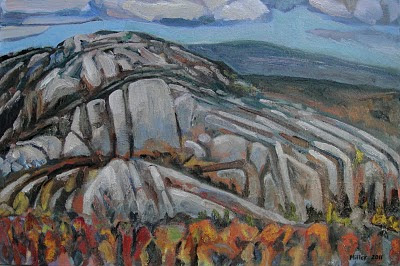 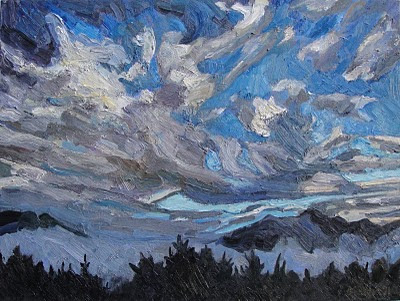 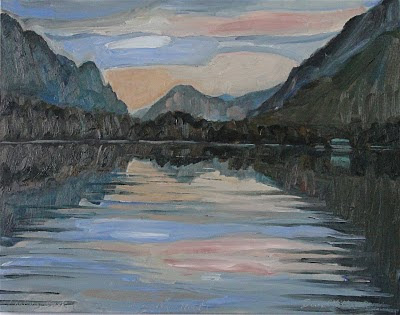 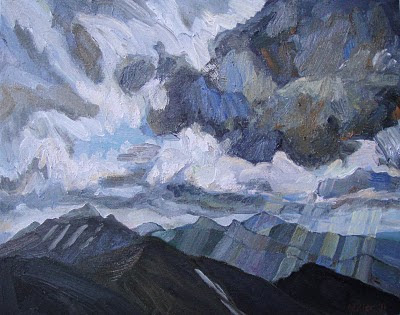 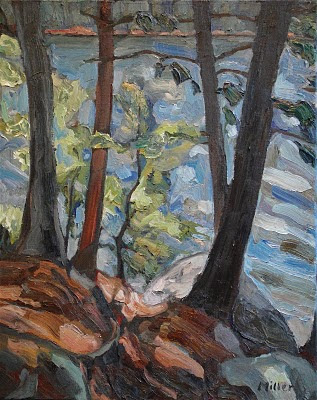