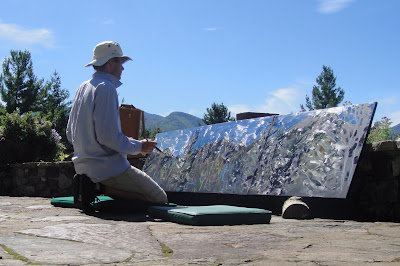 At the altar on the first clear morning of the month. 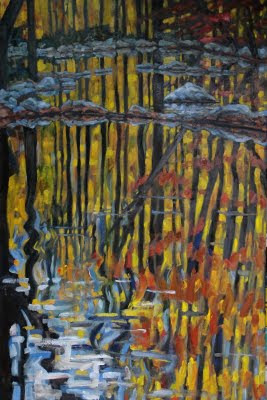 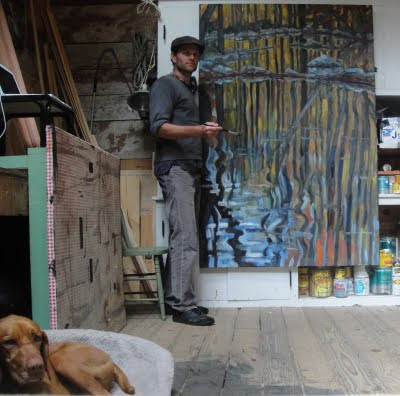 In the old ice house studio with Fajito.

Hurricane Irene was a disaster here. Nature's power and indifference stood in beautifully stark relief against the will of the people of the villages of Keene and Keene Valley to struggle on together and cheerfully put their lives back in order... for the second time in six months! Nothing approaching the measurements of the floods of 2011 have ever been recorded here. I've done a certain amount of mucking out of barns and stores and storage areas in the valley as well as crop rehab and fence rebuilding at our local farm where I used to work. And I've done some painting, too. 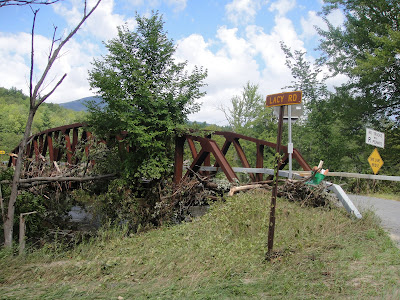 Lacy Road Bridge. A regular part of my local bike rides, Lacy Rd is now a big beach. The big trees caught up in the bridge give you an idea of how high and powerful the Ausable River was during the flood. 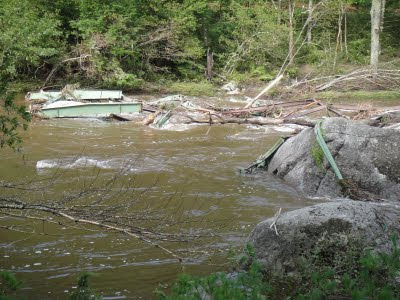 Gristmill Road Bridge did not endure the Ausable's rage as gallantly. It was an old iron bridge similar to the Lacy Road Bridge. I will miss it and lament not having painted it when I had the chance. Here it lies wrapped around rocks 25 yards downstream from its moorings. 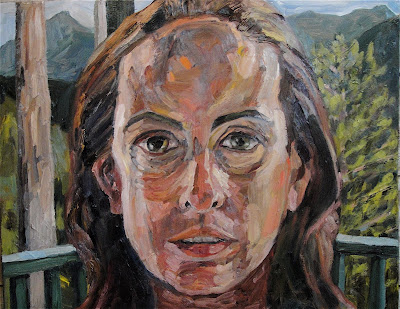 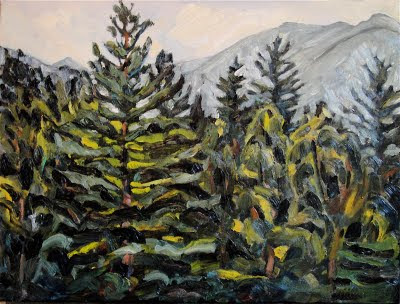 Cloudsplitters (18" X 24")
"Tahawus" is the Iroquois (or maybe Algonquin) name for Mt. Marcy (the pyramidical peak left of the prominent white pine), and translates "Cloudsplitter". The open-armed, upward-surging pines seem to take their cue from the god-like mountains, and my title refers to their state of being. I am also reading Russell Banks' Cloudsplitter, based on the experience of John Brown's family and the free black settlement (Timbuktu) in nearby North Elba. Inspirational work.

On a lighter note, my friend Autumn (no relation to Summer) made a video of Willy and me leaping off nearby Clifford Falls (between Keene and North Elba), where we biked with my dad just before Hurricane Irene.

Posted by Edward Bear Miller at 1:29 PM No comments: